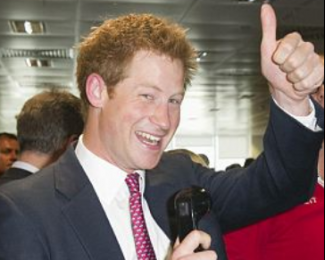 The 26-year-old royal completed a deal between Barclays London and a European counterpart on the telephone. He earned $9,000 commission, which will be donated to Sentebale, after closing the record-breaking deal. Prince Harry manned the phones for the BGC Partners’ Charity day, which was organized to honor employees of Cantor Fitzgerald.