Prince Harry proves that he is not ashamed of his prominent flame-colored locks. 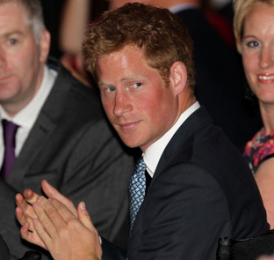 When the 27-year-old royal was offered a free watch by the Swiss company Swatch, he chose an orange-colored model to match his hair. Even though he was offered many colors, he picked up the color since he’s ginger. Prince Harry was the first to poke fun at the situation and clearly doesn’t take himself too seriously.