Prince Harry may still see active service in Sierra Leone. The decision to send the 22-year-old prince to the West African nation is apparently being mooted to stop him becoming bitter over barrack life in London and Windsor. A military source revealed, “There is a real job to do in Sierra Leone and he could say that he has done his duty.” 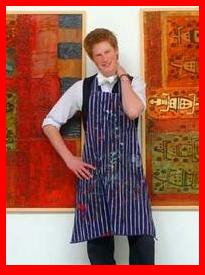 A source close to Prince Harry revealed, “[Prince] Harry does reluctantly understand why the decision has been made, but he is desperate to ensure he sees active service on the front line at some point in the future. He is much prouder and pluckier than people give him credit for.”

If the Sierra Leone plan falls through, Army bosses are understood to be keen to find something else for the prince to do apart from his regular duties. A senior defence source revealed, “The obvious option is parachute training. But there is a miscellany of courses for him to do – anything from fire officer to health and safety to accounts.”