Prince Harry is ready for love and reportedly serious about settling down. 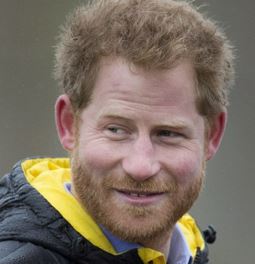 The 31-year-old royal enjoys getting to know two women in U.K. but he is not officially dating anyone, according to a source. He may be serious about settling down and he is putting himself out there to find someone. There is nothing wrong about here because he is single. Meanwhile, his rumored New Year love interest shares a daring picture while puffing a cigarette in a king-size bed.