Prince William is smiling while handing out a horse-racing prize in Ascot, which is named after his great grandfather. 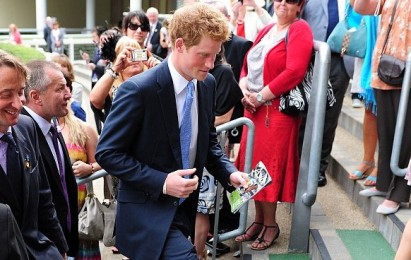 The young royal presented victorious jockey William Buick with the biggest honor, which is the victory in the King George VI & Queen Elizabeth Stakes. Prince Harry followed in the footsteps of his grandmother the Queen, aunt the Princess Royal, and uncle the Earl of Wessex who have all handed out the prize in recent years. Meanwhile, £1million horse-racing event is celebrating it’s 60th anniversary this year.