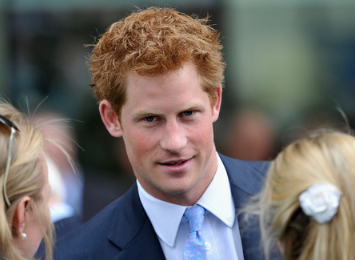 The young royal paid the amount for war artist Jules George’s painting Beyond The Wire, which depicted troops boarding a Chinook. The artist was embedded with the Army in Afghanistan last year and his work clearly resonated with Prince Harry, who was there in 2008. Meanwhile, Prince Harry has been sunning himself in Majorca but girlfriend Florence Brudenell-Bruce, 25, has stayed in London.