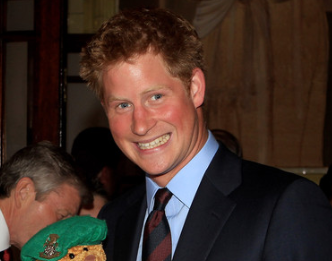 The young royal, who will be 27 next month, was spotted while visiting the new Bunga Bunga restaurant in Battersea, south London, on Thursday night. Prince Harry chose from a menu which includes pizzas named after the women who attended Berlusconi’s notorious parties.