Prince Harry returned to his partying moves in London after spending grueling days of military training in US. 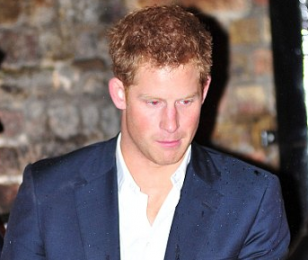 The young royal, who was sporting a navy suit and white shirt, left The Arts Club in Mayfair at 2am by the back door. He was also spotted getting drenched from the rain while waiting for a cab. Meanwhile, Prince Harry started his excursion at London’s Winter Wonderland earlier this week.