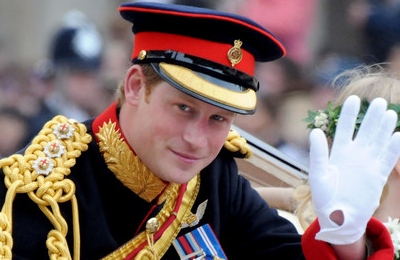 The young royal made a best man’s speech, included some jokes at his brother’s expense after an evening dinner hosted by Prince Charles to celebrate Williams’ marriage to Kate Middleton in front of 300 guests. Prince Charles drew attention to his son’s baldness and Prince William highlighted his father’s waistline at the Queen’s afternoon champagne reception. Meanwhile, Prince Harry left in a minibus at about 3am, minus his bow tie, accompanied by a dozen fellow party-goers. His on-off girlfriend Chelsy Davy was spotted leaving in a car with Princesses Beatrice and Eugenie.