Prince Harry was spotted while doing a workout with members of The Running Charity in London. 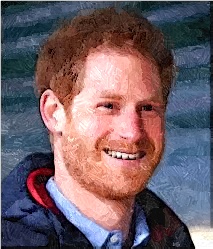 The British royal did a squat and a complete workout for the charity. It aimed to raise money and supported homeless youths so that they could find houses and stability on January 26, 2017. Meanwhile, Prince Harry also visited the “Help for Heroes Hidden Wounds” service at Tedworth House on January 23, 2016.