Prince William and Kate Middleton meet US President Barack Obama and First Lady Michelle Obama on May 24 at Buckingham Palace in London, England. 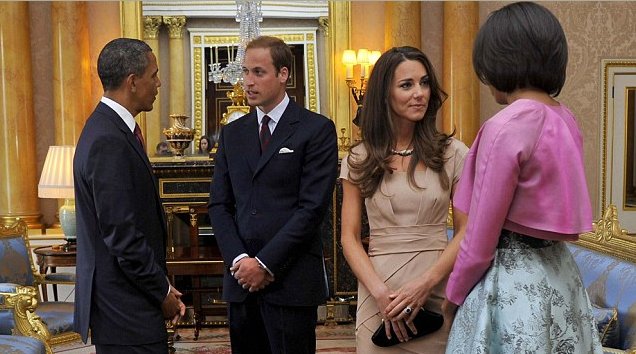 The Duke and Duchess of Cambridge, who wore Reiss “Shola” camel-coloured dress, greeted the First Family as they visited the UK at the invitation of Queen Elizabeth. The prince talked to the president about his job  as an RAF search and rescue pilot, while Kate and Mrs. Obama chatted about the wedding. As part of their two-day trip, the Obamas will attend a state banquet at Buckingham Palace before the President addresses both Houses of Parliament at Westminster Hall.