Prince William and Kate Middleton attended an informal reception for young Canadian volunteers in the official residence of the Governor General of Canada in Ottawa on June 30. 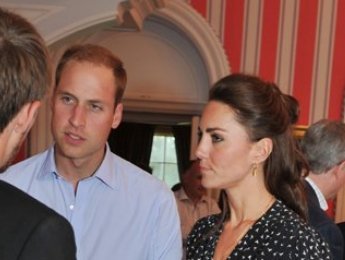 The Duchess of Cambridge was sporting a black and white Issa wrap frock with wedge sandals. Despite the overseas travels and time spent with Canadian Prime Minister Stephen Harper and his wife Laureen during a wreath laying ceremony at the National War Memorial, she was in fine form. Meanwhile, the couple are going to take part in tomorrow’s Canada Day celebrations, which mark Canada’s 144th Birthday.