Prince William and Kate Middleton were seen while leaving London’s Westminster Abbey after their final rehearsal on April 27. 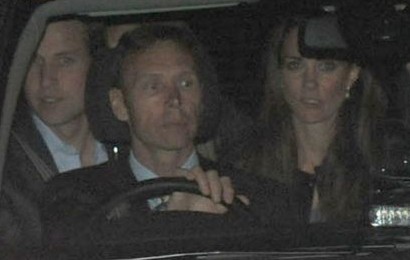 The couple were driven off by a chauffeured vehicle while joined by wedding party members including Prince Harry, Pippa, James, Michael and Carol Middleton. Meanwhile, Kate was busy doing errands and making a stop at the Clarence House before around 4PM before emerging with a large cardboard box. It was rumored that she will have a beautiful chignon coif, which she sported on April 26.