Prince William thought that his grandmother was a massive help to his wedding. 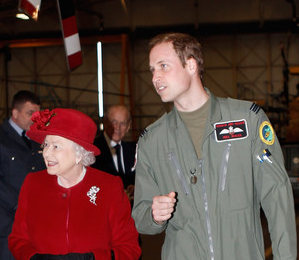 The young royal was advised by the Queen to start with friends first and to bin the guest list, which was a list of 777 names of dignitaries, governors and all sorts of people. On what Prince William will wear for the wedding, the Queen was quite clear that the prince should be getting married in his Irish Guards uniform. For other details of the interview, read the book “Our Queen” by Robert Hardman, to be published on October 6.