Aston Martin DB6 suffered a mechanical mishap when Prince William took the wheel from the wedding reception at Buckingham Palace to Clarence House. 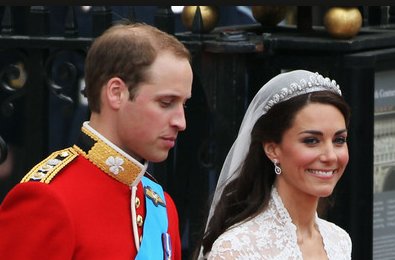 It was because the groom forgot to release the handbrake on the car, which Prince Harry had decorated with heart-shaped balloons and a number plate that read: “JU5T WED”. Fortunately, the engine’s groans appear to have been drowned out by the applause of well-wishers gathered along the Mall. Meanwhile, Duchess Kate’s wedding dress will go into the storage after it has been on display in the ballroom at Buckingham Palace since July.