Rihanna became a beach blonde on the cover of British Vogue’s November 2011 issue. 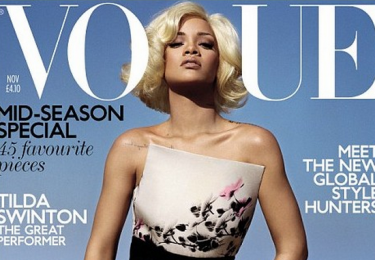 On her controversial videos, the “Umbrella” hitmaker thought that it’s not her but a part she plays. Although it is like a piece of art, she wanted to make music. On growing up with a drug addicted parent, Rihanna became way too mature for her age because she saw too much. The British Vogue copy will be on sale October 6.