Robert Pattinson and Taylor Lautner attended the premiere of “The Twilight Saga: Breaking Dawn – Part 1” on November 18 at CineStar in Berlin, Germany. 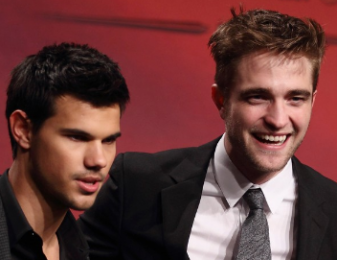 The “Twilight” hunks previously promoted their film in Spain after premiering it in London. Meanwhile, the film managed to earn $30.2 million at midnight screenings, with an estimated $140 million expected throughout its opening weekend.