Robert Pattinson posed with an alligator for the cover of Vanity Fair April 2011. 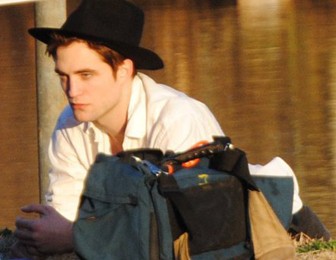 Legendary photographer Annie Leibovitz took the pictures of the “Twilight” actor for the magazine’s cover story, which is the same time of “Water for Elephants'” release.

Robert was described to be a genuinely good guy and reluctant star. The Vanity Fair will hit the newsstands on March 3.