Robert Pattinson becomes a secret guest at the new film premiere of Kristen Stewart on a Saturday night. 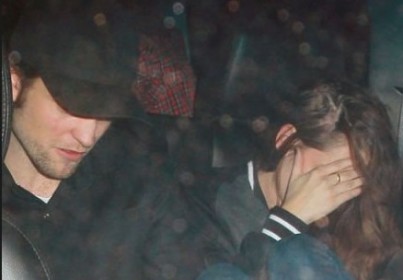 The “Twilight” hunk manages to dodge attention when sources dish the scoop that he snuck into the theater at AFI Fest screening at Grauman’s Chinese theater. He did not want to distract from his on-again girlfriend’s night. When the film premiere ends, They arrive together at an after-party and stay in the event in the Audi SkyLounge. Robert and Kristen earlier promote their “Twilight” film in Los Angeles.