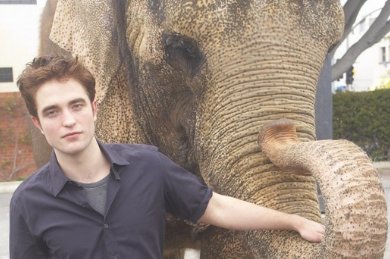 The British actor had a relationship with the 9,000-pound Asian elephant, which was based purely on candy. He placed the mints into his body and covered his entire chest all the time. Robert would be constantly sniffed by the elephant for treats.