Robert Pattinson was seen while going to the Ed Sullivan Theater in New York City on November 8. 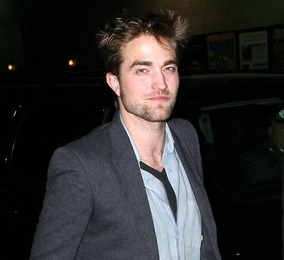 The British actor waved to his fans, who gathered around to see him before his interview on “The Late Show with David Letterman.” With the release of “Breaking Dawn Part 1” on November 18, Robert recently dished some details about the journey he’s been on by playing Edward Cullen for over 4 years now.