Scarlett Johansson files for divorce from her husband Romain Dauriac. 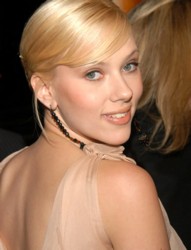 The “Lost in Translation” star asks for a primary custody of their daughter, Rose. Unfortunately, her husband reportedly plans to fight it, which can lead to a court battle. The divorce seems to end the speculation about the status of the couple’s relationship. It is reported that the actress confirms that they had actually separated last summer. They were seen together in January and they are together harmoniously. Meanwhile, the representative of Scarlett Johansson does not make any comments.