Scarlett Johansson reportedly lost out in a bidding incident for Hugh Jackman’s shirt at “Hugh Jackman Back on Broadway” on Tuesday night. 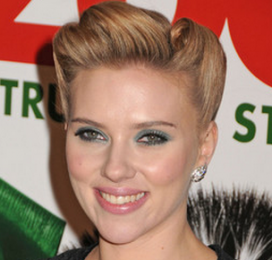 The actress was sporting a chunky sweater, woolly hat and glasses. She was accompanied by Uma Thurman when Hugh gave a shout to his friends in the audience. As the shirt was auctioned off for charity, Scarlett bid $3,000 but lost out since the shirt was sold for $30,000.