Selena Gomez was sporting a wide rim Scala Pronto hat and an dark violet Altuzarra ensemble when she became a cover girl of Elle Mexico for its August 2011. 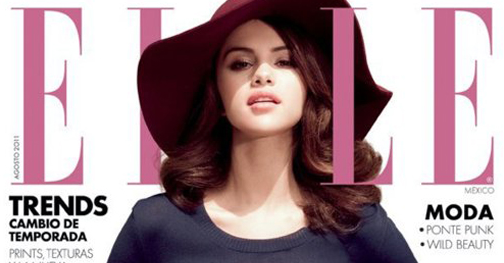 The 18-year-old star, who completed her look with Gucci snakeskin belt, was described as “the girl of the moment” while modeling a retro trend in the issue. Meanwhile, Selena got a surprise visit from boyfriend Justin Bieber at the studio.