Mandy Teefey, who is Selena Gomez’s mother, was asked by an Instagram user to make her daughter write an apology for Woody Allen’s film, “A Rainy Day in New York.” 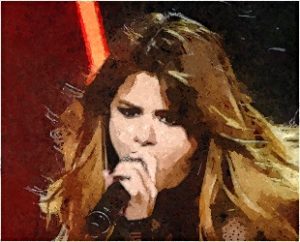 The mother of “Wizards of Waverly Place” star reveals that no one can make her daughter do anything she doesn’t want to. She admits that it does not click after having a long talk with her about not working with the American film director. She still thinks that her team is amazing people. She also insists that there is no fall person and no one controls the singer because she makes all her own decisions. She also adds that it falls on deaf ears even though how hard someone tries to advise. Meanwhile, it is not the first time that Selena’s mother expresses her thoughts. She previously reveals her thoughts when her daughter rekindles her romance with Justin Bieber.