Taylor Lautner and Dianna Agron were recently seen together at Gjelina, which is a restaurant in Venice, California. 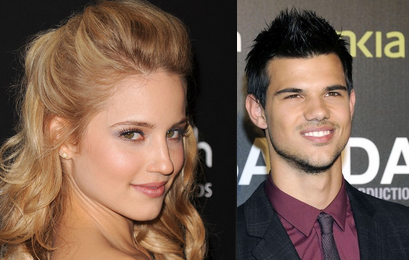 The celebrity stars sparked dating rumors. But a source dished that they were joined at a dinner by two agents and they are only friends. Meanwhile, Taylor is set to appear at “The Twilight Saga: Breaking Dawn — Part 1” Official Fan Convention next month with other co-stars to promote the next installment of the vampire romance films based on Stephenie Meyer’s book series.