Taylor Lautner kept hot buff body, which caused chagrin of those around him. 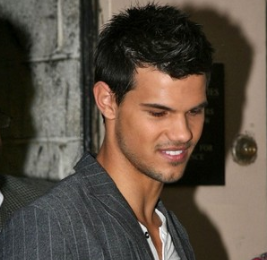 The “Twilight” star had people bringing him food and shoving it in his face. Those people sort of had to force him then he had to get his butt in the gym. After his last shirtless scene, the actor had a dessert and took few days off of the gym. Meanwhile, Taylor isn’t worried about losing his fit physique now that filming is over since he is super active and played sports.