Taylor Swift reacted to Calvin Harris after claiming that he created the song, “This Is What You Came For.” 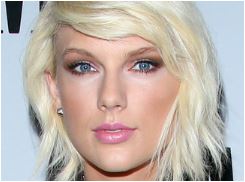 A source revealed that country crooner was the one who wrote the lyrics and the melody, which were the two parts of the essence in any song. Although another source supported the claim that the singer definitely wrote the melody but Calvin’s musical genius with beats, chords and instrumentals made the song a hit. The source added that Taylor was acting like he was only got one hit song.