Taylor Swift debuted her new song from The Hunger Games soundtrack in Nashville on Thursday. 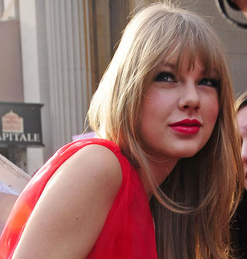 The country crooner had a surprise appearance at the alternative-folk duo The Civil Wars’ concert. They performed their version of “Safe and Sound” for the first time. Meanwhile, the Hunger Games will be watched on March 23.