Taylor Swift threatened to sue after her alleged topless picture leaked on the internet. 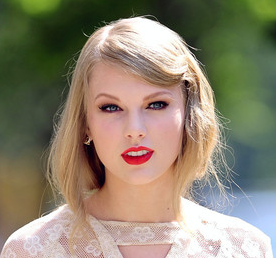 The picture showed a woman, who has striking resemblance to the country crooner, is lying on her bed with her breasts exposed. Taylor is prepared to file a lawsuit against a celebrity website because she was wrongly identified in a “leaked” nude photo. Her lawyers already demanded the photo to take it down or else trademark infringement will be filed.