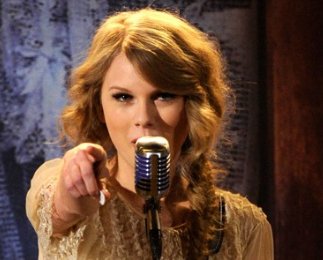 The “Back To December” singer was overcome by emotion when she took the stage to accept her Entertainer of the Year trophy. She admitted that it is her first time to cry over an award. Taylor thanked her loyal fans for making her a first time winner of the coveted trophy. She also performed a rendition of her hit song “Mean”.