Barbara Walters just informed the President Barack Obama that she will be retiring next year. 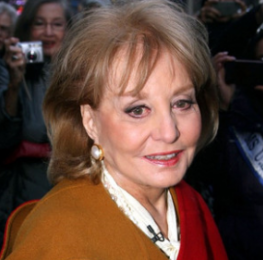 The television personality reportedly leaned over to US president and informed him that she needs one more interview with him because she’s retiring next year. After getting off with phone with Barbara, the Sr. VP of ABC News revealed that she has joked of retiring every year since Clinton Administration. Meanwhile, the American host still does specials for the network, in addition to “The View.”