Christina Aguilera has sparked reports that she has recorded a duet with Adam Lambert for one of the singers’ upcoming albums. 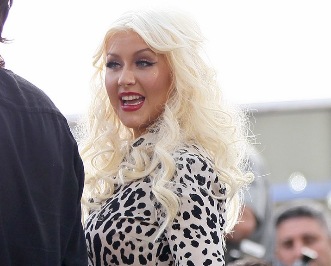 The 30-year-old singer, who wore Miu Miu skirt, a Dolce & Gabbana blouse and Louboutin shoes, was spotted while filming a segment for Extra at The Grove on June 3 in Los Angeles. Christina judged the final round of a singing contest at the taping, with the winner getting tickets to a taping of “The Voice.”