Zac Efron, who was suited up in Burberry, was seen arriving at the 2011 People’s Choice Awards on January 5. 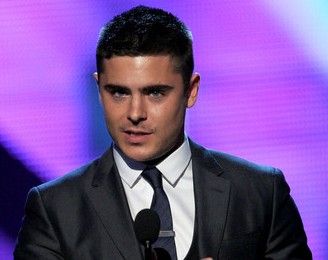 The “Charlie St Cloud” actor meets up with Taylor Swift on the carpet. He won the Favorite Movie Star Under 25 award after beating out other celebrities, including Emma Watson, Kristen Stewart, Robert Pattinson and former girlfriend Vanessa Hudgens.

Zac thought it was a huge honor to be nominated with contemporaries under 25, including his friends that he loves and respects.