Zac Efron flaunted his muscular biceps while wearing a casual tank top on the L.A. set of upcoming film “The Paperboy” on January 28. 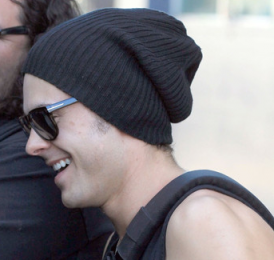 The actor was joined on the set by his co-star Nicole Kidman, who had a platinum blonde wig, tiger print polo neck and skintight gold lame trousers as her costume. Meanwhile, Zac will appear with Taylor Swift on The Ellen DeGeneres Show on February 21.