Zac Efron was spotted at the premiere of his upcoming film, “Charlie St Cloud” on September 11. 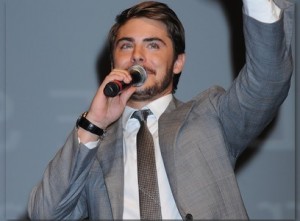 The 22-year-old star tripped on the red carpet before signing autographs for his fans at the premiere in Deauville, France.

Zac is going to promote his film screenings in Madrid, Munich and London  from Sept. 13-16 before returning to US.