Adam Lambert confirmed through Twitter that new album will be out next year, and his next single will most likely be released this month. 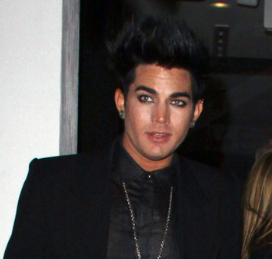 The 29-year-old singer is 90% sure the first single will be out next month. Meanwhile, Adam rushed out of Fig and Olive restaurant after eating dinner on September 17 in West Hollywood, California. He was joined by his boyfriend Sauli Koskinen while hopping in the front seat of his car and drove away.