Adam Lambert wasn’t too excited when his unofficial music hit the Web last month, but now he’s in control. 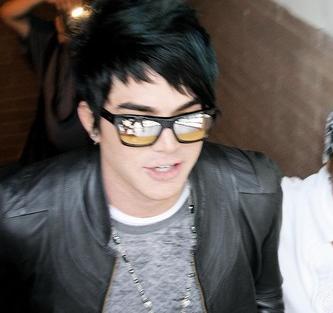 News caught up with Lambert before the American Idols Live! tour stop in Los Angeles, and he was more than happy to share details about his upcoming debut album.

“It’s kind of taking the best parts of music from the ’70s, like the classic-rock era, and trying to somehow fuse it with modern, dancier, electronic production,” the “American Idol” runner-up explained. “It’s kind of a fusion thing.”

We already told you Lambert was teaming up with Lady Gaga producer RedOne, but he has a few other hitmakers up his sleeve as well. He’ll be working with Greg Wells, the producer and songwriter behind hits by Pink, Katy Perry and original “American Idol” champ Kelly Clarkson. OneRepublic frontman Ryan Tedder, who wrote Leona Lewis’ “Bleeding Love,” is also onboard, as is Linda Perry (Christina Aguilera’s “Beautiful,” Gwen Stefani’s “What You Waiting For” and much more).

Just like during his “Idol” journey, Lambert is planning to shake up tempos and styles on the yet-untitled LP.

But he does promise to deliver. “The music’s gonna be great. Just wait a couple months. You gotta be patient.”