Adam Lambert was walking at St George Theatre in Staten Island, New York for the concert on August 24. 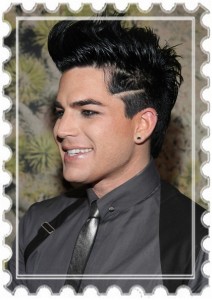 The “American Idol” runner-up, who was smiling and sporting all black outfit, walked for preparing his upcoming performance. On his random kissing of fans, Adam would kiss people, who are giving him that eye the entire night because he won’t force himself on anybody.

Adam will head to to Japan and Australia for a month after his U.S. tour wraps in mid-September.