Adam Lambert hit the red carpet at the 2011 Grammy Awards, which was held at the Staples Center on February 13 in Los Angeles. 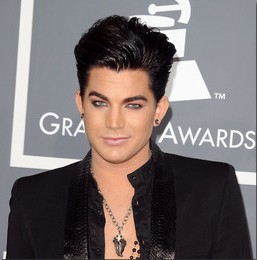 The singer was nominated for Best Male Pop Vocal Performance for his song “Whataya Want From Me,” but Bruno Mars beats him to that category.

Meanwhile, Adam didn’t have any idea what his upcoming album will sound like yet but he wanted it to be personal and honest. It would also be very heartfelt, less rhinestones and more leather.