Some musicians’ fans flick their lighters to show appreciation. Followers of American Idol runner-up Adam Lambert have a different approach. 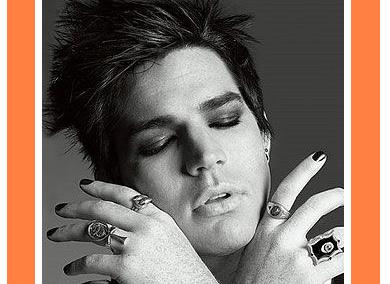 Fans have taken it up a notch from throwing bras and panties at Adam Lambert during the American Idol summer tour. Now they’re tossing up sex toys.

“It’s going further, and somebody threw onstage a red-leather tasseled whip,” he tells us. “Yeah, and then the next night, I got one that was made out of, like, purple fur. It’s getting really S&M.”

How’s he dealing with the newfound fan freakiness? Find out…

“It interesting,” he says. “I got some glow-in-the-dark handcuffs. It’s really getting creative. It’s exciting. I think they really want me to play with these toys during the number.”

So does he? “I always try to because I enjoy that,” he says. “But then somebody threw a bra on during ‘Starlight,’ and, literally, it missed my face by three inches. Yeah, I am going to be a little bit more passive-aggressive, so I decided not to even acknowledge the bra that got thrown on stage, because I didn’t want to condone the behavior.”

The upside to the new X-rated projectiles? “I’m glad it was a soft material and wasn’t anything hard. I’m not really into S&M, but it’s definitely tempting.”

Go for it, Adam! You could bring new meaning to the term “whipping the crowd into a frenzy.”