Adrianna Lima has stunning pictures as she posed for Elle magazine Italy. 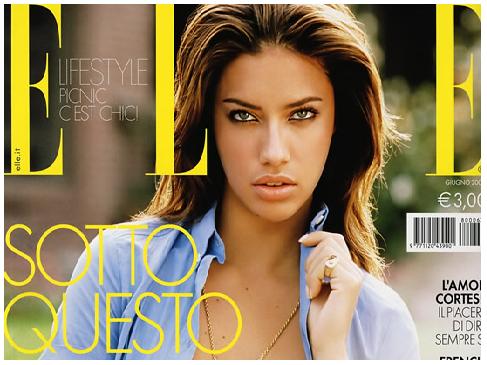 The “Victoria’s Secret Model” has also posed topless pictures for its June 2008 issue of Elle magazine. You could see her stunning photos here. In one photo showed the model was holding a shopping cart and wearing a dark blue dress. Another photo revealed that she posed more daring shots with a caption “Oh, Adriana!”

She has previously posed for a white bikini in the same magazine last April with a caption: Cut To Perfection All you need to wear these seductive white one pieces is a deep tan a pair of strappy heels, and a poolside party – preferably after dark fashion editor.

She revealed, “Fashion is about good energy. It’s about feelings. That’s what I have to give the people — good energy and good feelings.”