After a custody meeting, Britney Spears was seen crying but Criss Angel managed to turn her frown upside down with a little magic. According to the newspaper’s report, the troubled pop star guzzled Champagne with Criss at 1am even though a mid-day summit with her solicitors over former husband Kevin Federline’s custody bid left her distraught. 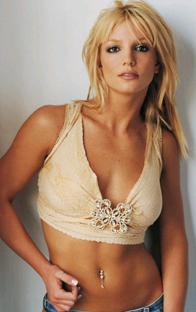 It was also reported that Britney and Criss were hand in hand in the hotel and later disappeared into a hotel suite. According to another report, the people closest to Brit friends, assistants, bodyguards and nannies who have seen her interact with the kids on a daily basis have been or are likely to be subpoenaed for testimony.

Britney’s promised to change her ways since it is possible that she could lose her boys. A friend revealed, “Sean and Jayden are all Britney has. They’re the only part of her life that brings her joy and has any meaning. If she loses them, there’s no hope for Britney.”