Aisleyne Horgan-Wallace has found a nice way to stay in the spotlight through a sizzling calendar. 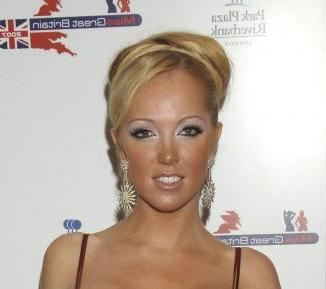 The former “Big Brother” beauty came up a Christmas calendar and promised the calendar shots are her raunchiest ever, saying, “Each shoot I do gets better and better but this one is definitely the sexiest.” You could see some shots here and here.

On donning the walls of men around Britain for the next year, she describes the feeling as: “Powerful… and also very flattering.”

As she promotes her calendar, the “Big Brother” star is hoping for a big year in 2008.

She added, “I’ve got a few TV projects coming up. I’m doing a fly on the wall documentary about me for Sky, where I’m being followed around all day by cameras. But whatever I do, I put 100 per cent into it. I’m a grafter, so I’m looking forward to branching out globally.”