Alec Baldwin, 49, made an angry phone message to his daughter and his voicemail message was made public. On the recording, Baldwin can be heard admonishing his 11-year-old daughter, Ireland, “You are a rude, thoughtless little pig.” 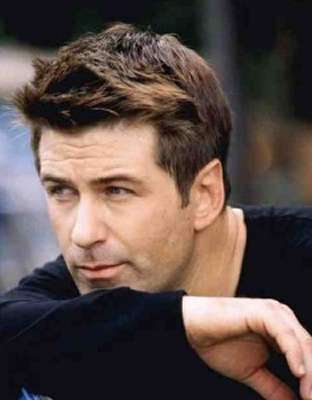 Alec Baldwin was upset when his daughter did not answer her phone for a planned call. The actor said, “You don’t have the brains or the decency as a human being.” The actor added, “I don’t give a damn that you’re 12 years old, or 11 years old, or that you’re a child, or that your mother is a thoughtless pain in the ass who doesn’t care about what you do as far as I’m concerned. You have humiliated me for the last time with this phone.” The controversial call was placed on April 11.

The spokesman of Alec Baldwin revealed in a statement that the actor will be “keeping his mouth shut and obeying court orders” in the best interest of the child. The spokesman added, “The mother and her lawyer leaked this sealed material in violation of a court order. Although Alec acknowledges that he should have used different language in parenting his child, everyone who knows him privately knows what he has been put through for the past six years.”