George Clooney, a star of “Intolerable Cruelty” and Brad Pitt, a star of “Mr. And Mrs. Smith”, are going to team up in the new Coen Brothers film entitled “Burn After Reading”. Frances McDormand will also star in the new movie. 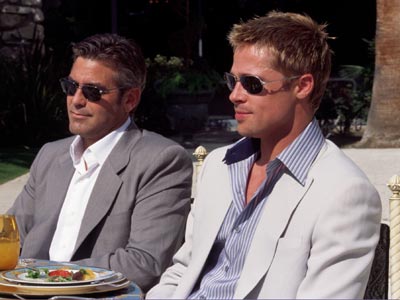 The film focus on the story about a C.I.A. agent who loses the back-up disc of the book he is writing. George Clooney will play the role as a killer in the black comedy.