Amy Fisher, who was dubbed as “Long Island Lolita”, will soon hit the Internet with her sex tape. 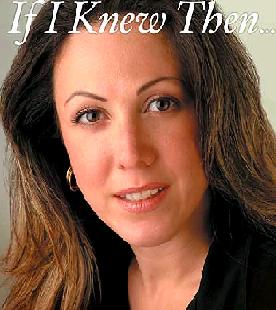 The American writer, who sprang to infamy when she hooked up with Joey Buttafuoco and then shot his wife, has next starring role will be a celebrity style home video.

The steamy video will be titled “Amy Fisher Caught on Tape.” Her husband Lou Bellera, who then sold the tape while the couple was split up, filmed it.

David Krieff, a TV executive who has produced reunion specials with Fisher, revealed, “I was told she was a willing participant at the time it was made, as a private video with her husband.”

As for the Amy’s part, she doesn’t want the tape released but rest assured as soon as it is available it will be placed online. She says disgusted by the whole thing but surely women know by now if you allow it to be filmed and you are even the slightest bit famous it will see the World Wide Web.

The TV executive revealed, “She’s disgusted. I’m disgusted by it, too, the whole genre. I can’t believe in the United States of America things like this can be released.”

The DVD will cost approximately sixty bucks and is sixty minutes long a press release notes.