Angelina Jolie and Brad Pitt plan to quit acting in a few years to focus on their family. The “A Mighty Heart” actress has revealed the couple plans to swap Hollywood for a life of traveling, parenthood and normal living. 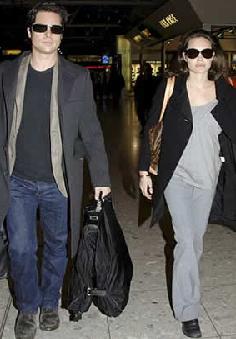 The 32-year-old actress revealed, “Brad and I have a lot of kids, and we want to have more. And they demand a lot of time. It takes a lot just to get all of them fed and clothed and out the door to different schools on time. It’s fun and we love it. But you can’t balance everything. I think both of us only plan to work for a few more years. We’ll try to just stop sooner or later, so we can be at home and travel, and just live.”

Angelina Jolie defended herself against the critics who have slammed her decision to adopt children from different countries. She also revealed, “I feel like I am getting such a great education. Whether people’s thoughts about my family are positive or negative, at the end of the day, I get to come home to these four little people who are the greatest things in the world.”