Angelina Jolie “questioned her worth as a person” as a young actress. The actress was troubled with her choice of profession in her early 20s because she felt she wasn’t “contributing anything.” 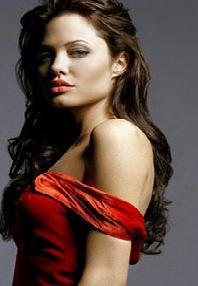 The actress revealed, “To be sitting doing an interview, talking about a movie, my relationships, or whatever it may have been – you don’t feel like you’re contributing anything. I have nothing against film. I like film. But at the end of the day, you wonder about your worth as a person.”

The 32-year-old actress also revealed she had not “found her way” when her career took off, saying, “I think that when I was in my early 20s, I knew, innately, that I wasn’t living an important life. I think that I hadn’t so much lost my way, but I hadn’t found my way. I wasn’t giving very much. My life was not really benefiting anyone. That just doesn’t feel good.”

Angelina Jolie was appointed as a foreign policy leader on the Council on Foreign Relations (CFR) last Thursday.