The former bodyguard of Lindsay Lohan has made her secret life of sex, drugs and alcohol public since the 20-year-old checked herself into Promises, and the reality of her private life is even scarier than first believed. 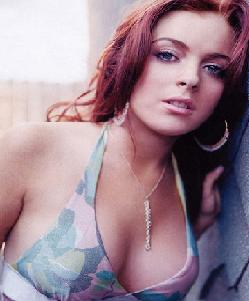 Lee Weaver, 48, a professional celebrity bodyguard, has revealed that Lindsay’s drug and alcohol problems almost cost her life, saying “I have looked after some of the wildest stars in Hollywood – but never anyone as out of control as Lindsay is. She had a total death wish and took more drugs and drank more than anyone I’ve met. I lost count of the times I thought she was overdosing and had to carry her out of parties. Every morning I’d breathe a sigh of relief she was still alive.”

According to Lee, Lindsay Lohan has slashed her wrists with knives, participated in lesbian affairs, tried to involve Mariah Carey and snorted cocaine with Nicole Richie during a 10-hour drug binge.

Lee also explained, “In April she asked me to take her to her dealer in Beverly Hills. I knew if I refused she’d go alone – so I took her. He was waiting for her in some bushes. Suddenly she started screaming and punching him for selling her short. He pulled a gun.”

Lee added, “I got out and he threatened to shoot me unless I got her to back off – but she kept hitting him. Luckily he got distracted and I punched him down. I dragged Lindsay into the car and drove off but she was screaming at me to go back. It was like Pulp Fiction. I knew then she was just too dangerous to be around.”

Lindsay is in rehab for the second time this year. Her first attempt, in L.A.’s Wonderland, saw her leave frequently for shopping trips and late night party dates.